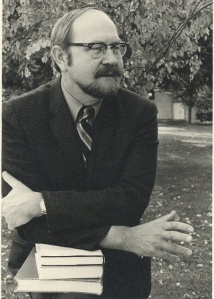 Editor’s Introduction:  Delivered as the commencement address at the University of Utah on August 14, 1971, this speech meditates powerfully on the decline of civility in American institutions and American life.  Readers will note Jack’s emphasis here on the centrality of human relationships in the success of human institutions.   Ultimately, nearly all of his thought and writings return to this theme of the drama of human relations. This is one reason why, even though he was a literary scholar, his most powerful writings focus on the biographical rather than the textual.

In the university, Adamson argues, the core problem is one of scale:  universities have become too large and impersonal.  Students feel anonymous, which gives rise to resentment and hostility, a trend made worse by the search for individual recognition.

We have become, I believe, the tools of our tools; we have lost control of the institutions designed to serve us.  Everywhere affection is on the wane; indifference and hostility increase. We need new moralists to tell us that the endless cult of success is a form of spiritual pride; that our search for prizes and honors and press notices, the insane urge to be always bigger, and presumably therefore better, is perverse; and the consolations of our small boastings will trickle away faster than time itself.

In the final two paragraphs, he proposes his solution to this problem, though given the wistful tone, one could wonder how optimistically he viewed the possibility of repairing–re-humanizing–institutions that have become dehumanized, as he feels has happened to the university he so loved.